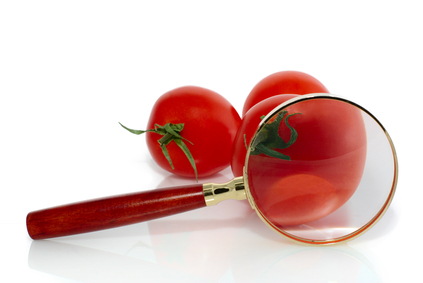 If you fly quite often you might have noticed that one of the most popular beverages served on board is tomato juice. Flavor chemist from Fraunhofer Institute for Building Physics (Stuttgart, Germany) Andrea Burdack-Freitag conducted a research for Lufthansa airlines and revealed the cause of this phenomenon [1]. According to the data the main reason of this intense consumption of tomato juice lies in underpressure (the pressure in the plane is equal to the one on the height of 3000 meters), which causes the majority of products to be perceived as more stale and less tasty. Due to the fact that some products still remain their subjective taste, taste preferences do not only change in absolute values but also change relatively to different products. It turns out that products which were less favorable down on earth can take first places during the flight. The conclusions are even more interesting by the fact that according to scientists human body “fathoms out which products are tastier on the height and which are not”, i.e. plane passenger chooses tomato juice even if (s)he have never tried it on the plane before and haven’t seen other people taking it.

We’ve made an attempt to find additional information regarding the issue, i.e. what external factors influence on product taste. And this is what we’ve found.

First of all, the product taste is affected by its price. To be more specific it’s not the actual price but the perception of product’s cost – things that seem to be more expensive are perceived as being tastier.

A group of scientists from California Institute of Technology (Pasadena, California, USA) and Stanford University (Stanford, California, USA) conducted a research where the respondents were offered to evaluate five different samples of wine priced at 5, 10, 35, 45 and 90 dollars for a bottle consequently [2]. In addition there were just three wine samples offered with the first and the second sample poured twice in bottles of different declared value. For example, the respondents tasted the same wine but in the first case they thought it’s priced 10 dollars a bottle, in the second case – 90 dollars per bottle. The results were quite predictable – the respondents evaluated expensive wine better than the cheap one. It can be explained by the desire of the respondents to demonstrate that they know what’s what in wine so the expensive sample should have gourmet quality and taste better. But in fact it’s not that simple. Alongside the process of testing and evaluation the scientists were scanning respondents’ brain using functional magnetic resonance imaging (fMRI). Surprisingly but the part of human brain responsible for decision-making and expectations processes showed signs of activity when the respondents tasted more expensive (as they thought) wine, i.e. it really tastes better for him/her.

Product pack affects the taste as well. It’s not limited by indirect influence through product price when one pack is perceived as more expensive and the product seems tastier.

Thus in the study conducted by Cornell University (Ithaca, New York, USA) the researchers compared rates and perception of the same product which differed by one thing only: half of them were labeled “Organic”, half of them weren’t [3] . The perception rates of labeled products were better for all characteristics (lower fats, more fiber and even nutritive value). It’s curious that the findings were the same for both traditionally healthy products (yogurt) and not so healthy products (chips and cookies).

Even the way of consumption influences on product taste characteristics. For example, such trivial feature as the color of the cup has an impact on the taste of hot chocolate. Two scientists from Polytechnic University of Valencia (Valencia, Spain) and Oxford University (Oxford, England, UK) conducted a research to evaluate the perception of hot chocolate depending on the cup color it was served in [4]. It turned out to be that hot chocolate was perceived as tastier in the cup of orange or dark-cream color. They also received similar data on strawberry mousse which organoleptic features were better pronounced when served on a white plate.

But this effect can’t be called new. In 1957 marketing specialist Louis Cheskin pointed out that usual green can of 7up would make the drink more lemon-limey if made 15% more yellow [5].

The influence of other unusual things is also fixed, such as current mood of the person [6], individual type, food color and flatware, ingredients (even absent ones) and so on. Even the level of music and noise in the restaurant can affect taste perception [7].

Unfortunately we couldn’t find any data regarding the influence of current weather or day time. But the fact that the consumption of different products differs during the day and throughout the year might indicate that people most likely have different taste senses depending on the season and daytime.

What practical conclusions can we make?

1) It’s highly desirable to study the way of product consumption more closely. One and the same coffee might feel tastier in a big cup and no so tasty in a small one.

2) It’s better to test products and goods in the corresponding time of the year, i.e. there is no point of testing cold tea in the winter and mulled wine or fur coat during summer heat.

3) Try to offer the respondent maximum number of consumption choices. If you test coffee, offer cups of different capacity and color, use different taste enhancers. If you test beer don’t pour it in similar plastic cups because even relative scores can change. It will give you the opportunity to see interesting insights, starting from the optimum time to launch the commercial to the color of the cup to show in it.

4) Take into account the current condition of the respondent: hunger level, mood, temperature (cold or hot), THAT’S HOW YOU WILL LEARN MORE ABOUT THE PRODUCT.

5) Take into account the inferior parameters – such as outside and inside temperature etc. It will probably help to explain “jumps” in data in different days.

6) During pack test it’s quite possible and even desirable to ask the respondent to evaluate the product taste in such pack.